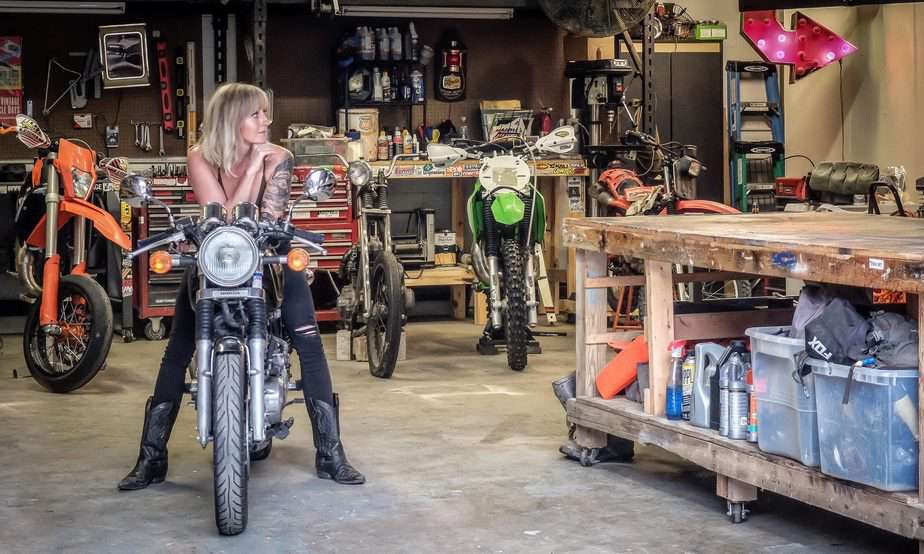 Every time I part ways with a bike, I go through an emotional process very similar to a gut-wrenching breakup with someone I truly love, yet I know it’s time to move on. With this bike, it’s particularly true.

So to my GB…my baby…my first real love…consider this my tribute to you. Let me count the ways in which I’ll always hold you close to my currently breaking heart.

The five things I’ll miss about my Honda GB500

This might seem obvious to some, but perhaps not to others, since the GB really only gained such widespread popularity in recent years. Here’s a brief summary.

The Honda GB 500 was first marketed in Japan in 1985. The GB stands for Great Britain as it was Honda’s take on the popular cafe racer style, and the Tourist Trophy moniker comes from the 37-mile circuit on the Isle of Man. Although superior in performance to many other bikes at the time, the price tag warranted slow sales and it was only imported to the states for two years.

Fast forward to now, and it’s become a rare gem in the world of vintage motorcycles, bringing upwards of 10k at auctions when in pristine unused condition. You can read more about it in this article by The Happy Wrench if you’re interested.

When I took my first spin on the GB500, I really didn’t know about it’s story. My ’72 CB350 wasn’t running and I managed to borrow a GB from my father for a summer so I wasn’t bike-less (and therefore extremely depressed). But what I did know was that I was instantly in love. So much so that it caused a brief tension in my relationship with my father when I refused to return his GB until he helped me find one of my own ; ) We did, in fact, find one in North Carolina less than a month after this father-daughter standoff began, thus restoring our relationship to it’s prior caring status.

The GBs engine is modeled after the Honda XL600 four stroke dirt bike. With styling similar to the single cylinder TT racing bikes, the narrow profile, low seat height, and racing stance, the GB is a perfect fit for the type of riding I like to do. It’s nimble and light enough to scoot around town with ease, but handles well enough that I’ve taken mine on long hauls and ridden some of the best roads in the midwest and eastern portions of the states.

I had to abandon the GB for one particular family trip to Florida, hopping on a plane instead of riding to save time. I rented a 2009 Triumph Thruxton during my time there. For multiple nights on that trip I sat around a fire comparing a bike from 1989 to one from 2009, finding little advantages to the more modern of the two. A testament to just how well the GB handles.

I would be missing something if I didn’t point out the obvious fact the GB just LOOKS GOOD. It’s stock black-green paint reflects the light just so. Yes, black-green, not black. Look closer. It’s gold pinstriping forms these irresistibly sexy lines. The clubman bars hug the bike in an absolute perfect profile and demand the rider sits in an aggressive forward-leaning stance. I could go on. It’s impossible to not feel cool on the bike. And whether you’re riding to look cool or not, who doesn’t want a bike that just flat out makes them look cool? It’s a confidence boost in a zippy little 500CC package.

But that’s not the type of confidence I love the GB for, even though it did give me that. The GB made me ride, a lot. I remember awkwardly learning to ride, and then I remember the first time I really felt like my bike and I were riding together. The GB was the bike that did that for me. I became a more confident rider. I no longer had to think about which technique to apply when, it just started happening. And although I think technique is a life-long lesson, there was a significant shift in how I was able to apply those learnings with the GB. It made me confident enough to be willing to hop on anything and try it out. Which is probably why number 4 happened…

4 | It started an obsession.

The GB500 was the third bike I ever owned. Prior to that I had a relatively organized and peaceful garage with a ’73 CB350 and a ’72 Kawasaki F6 enduro tucked neatly into the corner of my workshop. But soon after I found a GB of my very own… something happened to me. Something beautiful (maybe terrible to some). I couldn’t stop. Maybe I blacked out. All of a sudden I needed a bike for every purpose: road trips, city cruising, trail riding, racing. Old bikes, new bikes, ALL THE BIKES. What was happening to me?! How did so many bikes get into my shop?!

I actually think I just started to really love bikes, not just riding them. I started to love reading about them, listening to stories about them, learning about them. I started to work on them. Because of the GB, motorcycles became an intrinsic part of my life in a way deeper than just something fun to do. Each bike has a story to tell. Some of the stories, I tell. Many more are told by people that have a much richer history with riding than I, and I love listening to them all. Bikes connect me with people, and in a lot of ways they help connect me to myself.

5 | It’s given me some of the best memories of my life.

Some of them I won’t share because they’re mine and they’ll always be mine. I’ll try to keep it short.

The GB took me riding with a bunch of rad ladies at The Fox Run. I spent time with some of my dearest riding friends, and made new ones.

The GB helped me promote Miss Behavin Columbus and connected me with a lot of local female riders that I now call friends.

The GB allowed me to lend my CB to a good friend who wanted to get into riding. She now owns her own bikes and the circle of bike life continues.

The GB provided an ice breaker in countless conversations with other riders. I’ve gotten to listen to amazing stories because of it.

The GB went with me on my first ride trip with my man, and the ride trip that helped my mom decide to ride with us in Ireland.

Because of the GB, I’ve come home late, and left work early. I’ve been stranded without gas and rescued with it. I’ve shed tears for fallen relationships on this bike. I’ve blasted only Waylon in my headphones and soul searched for hours on this bike.

Today, the GB will go to its new owners. Dylan, Nicole and Ken of Throttle Company are fellow GB enthusiasts. I’ve spoken to Dylan at a couple events over the years when I showed up on the GB. In my garage during the sale, conversation easily shifts between various vintage bike models, stories of ones we’ve owned and want to own, and sorrows over selling to questionable buyers. With this bike, the Throttle Company is fulfilling a goal of being able to show up to events….all three on GB models. I couldn’t be happier with the recipient of my passing GB torch, as I know this is not one of those sorrowful stories. On the contrary – it’s a perfect fit.

Good-bye baby. I’m not crying, and neither are you.